OUR COACHES WILL HELP YOU FEEL AMAZING.

The wealth of fitness knowledge and training experience inside the walls of CrossFit Immersion is unparalleled. Our coaches cater your workouts and movements specifically to your current abilities allowing you to grow and progress safely and consistently. 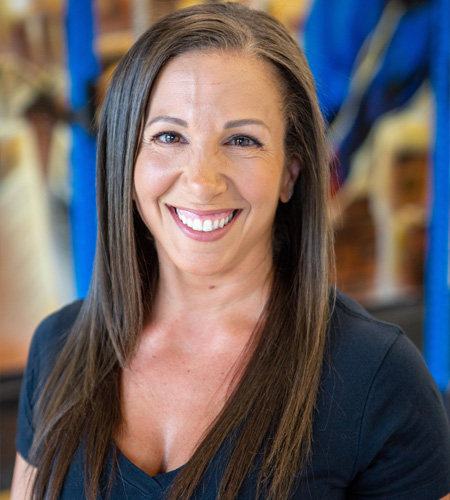 After having two children less than three years apart, Rachel started CrossFit in 2011 to get back in “pre-baby” shape. The incredible boost in confidence and the results she experienced in the first year, motivated her to become a Level 1 certified CrossFit coach, so that she could help others reach their fitness goals. She received her CrossFit Kids certification in 2013 and her CrossFit Level 2 certification in 2018. Rachel developed a CrossFit Kids program as a way to share her love of fitness and nutrition with children. She believes that fitness is a lifelong journey, and having the support of a community that shares similar goals is one of the most amazing things about CrossFit. Rachel is proud to be a part of the CFI community and enjoys helping people reach their fitness goals and experience the benefits of a happy, active, and healthy life. 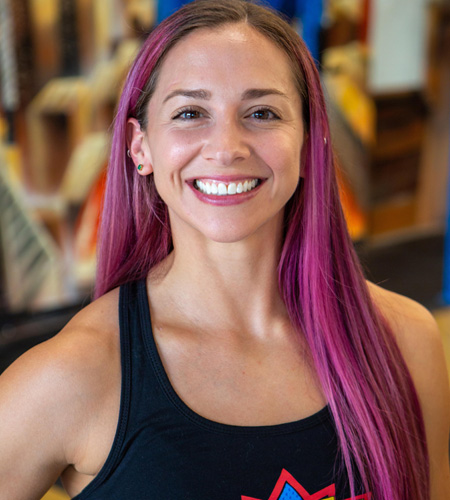 An enthusiastic and driven athlete who grew up thriving in triathlon and endurance events, Brittany discovered the benefits of CrossFit in 2013 and has been hooked ever since. Besides becoming a dedicated CrossFit Immersion coach, she graduated from Florida State University with a bachelor’s degree in Family and Child Sciences. She now works to help children in need stay on track with proper nutrition. In 2016, she earned a spot at the CrossFit Atlantic Regionals to compete alongside some of the top female athletes in the region. Along with her dedication to CrossFit, Brittany effortlessly manages to balance the role of motherhood. She is truly a prime example of making dreams come true. 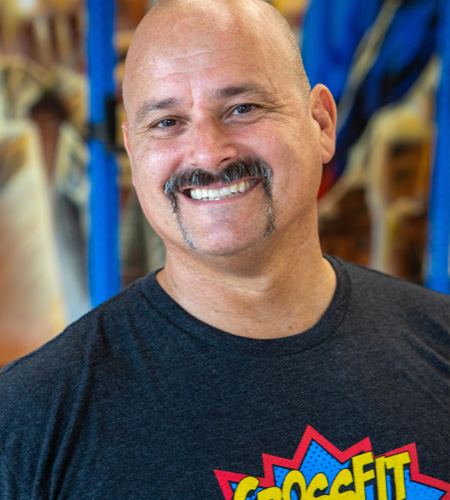 A Palm Beach County Fire Rescue firefighter and paramedic, Fausto was born and raised in Oakland California and has been involved in athletics his entire life. Known as Coach Tino around the gym, his experiences range from collegiate soccer and basic fitness instruction to the modern Japanese martial art known as Aikido. Fausto was immediately drawn to CrossFit after being introduced to it in 2007 as it was radically different from anything he had previously done. Strongly agreeing with the emphasis on proper form and mechanics, and eager to coach others while positively impacting their lives, he completed his Level 1 CrossFit certification in 2008 and has since gone on to complete additional certifications for Level 2, CrossFit Endurance, CrossFit Powerlifting, CrossFit Kettle Bell, and more. 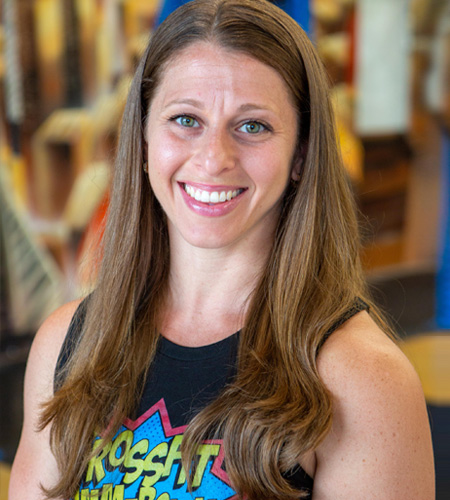 A first grade teacher and Level 1 Certified CrossFit coach, Joanna has always maintained a healthy and athletic lifestyle. She started her journey at CrossFit Immersion in 2010 and eventually began searching for a challenge that would take her out of her comfort zone and push her beyond her limits. After her first WOD, she knew she had found the life-changing program she had been looking for and quickly became hooked. Inspired by the great athletes and coaches around her, Joanna was excited for the opportunity to give back and motivate others. Today, she combines her skills as a teacher with her passion for fitness by helping people achieve their health and fitness goals and encouraging them to aim high. 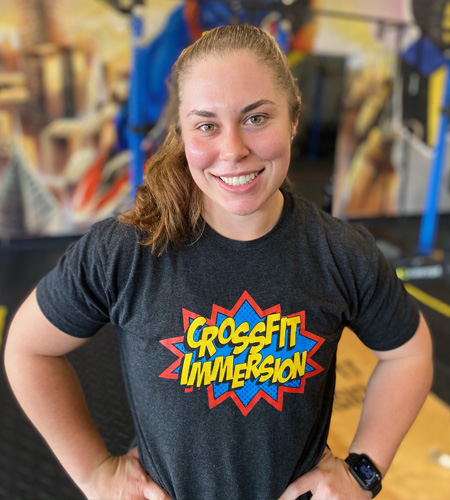 Brianna is currently a student at FAU studying exercise science & health promotions. She’s been crossfitting since 2015 and coaching since 2019. As a passionate Olympic Weightlifter, we know she’s ready to help you get the most from your workouts and to help our CrossFitters reach their fitness goals. 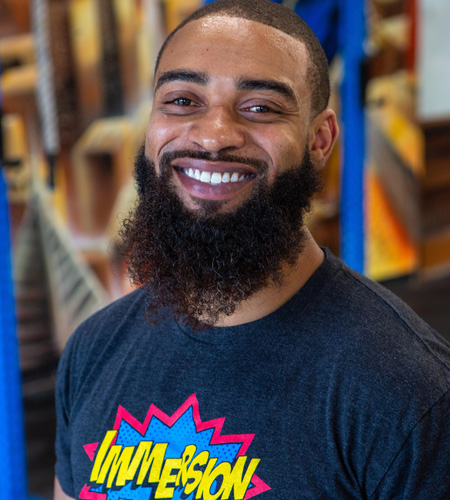 James’s background is in boxing, kickboxing, and advanced calisthenics. He enjoys helping people reach their personal fitness goals in the quickest and safest way possible while having fun and by helping them acclimate to a more healthy and active lifestyle. Certified and highly recommended by the World Fitness Association, James is comfortable working with all age groups and fitness levels 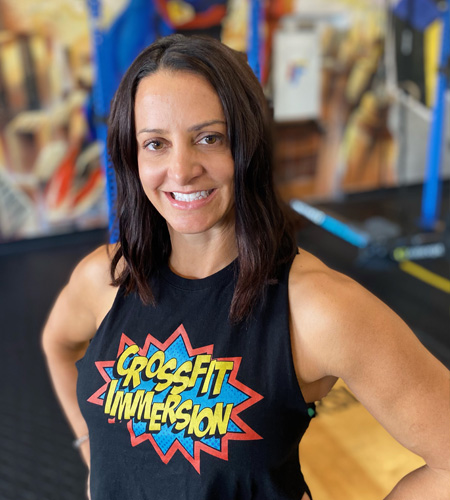 Amy has been involved in competitive sports since childhood, but she truly found her passion when she was introduced to CrossFit in 2008. She spent many years successfully competing in powerlifting as well as CrossFit and looks forward to more competition opportunities in the Master’s division. In addition to being an L2 Trainer, she is a full-time flight attendant, wife, toddler and dog mom.

Brianna is currently a student at FAU studying exercise science & health promotions. She’s been crossfitting since 2015 and coaching since 2019. As a passionate Olympic Weightlifter, we know she’s ready to help you get the most from your workouts and to help our CrossFitters reach their fitness goals. 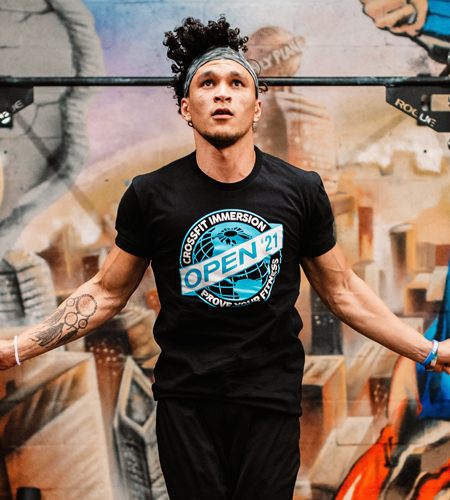 Jordan is a 2x National Qualified Men’s Physique athlete and working towards his IFBB Pro card. He is currently an Exercise Science major at PBSC and has over 14 years experience in team sports, fitness and nutrition coaching. For the last 8 years he’s built his knowledge and experience from prepping himself and his clients with proper nutrition and exercises to excel as figure competitors. Jordan loves working with people to help them be the best versions of themselves and to adopt healthy habits to achieve longevity and consistency with their health and fitness.